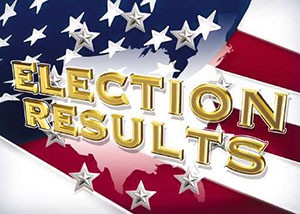 WOOLWICH TWP. – In a close election that got even closer the final ballot count, only 14 votes separated Democrat Natalie Matthais (2,472) and Republican Craig Frederick (2,458) for the two open seats on the Woolwich Township Committee. Four candidates were running for election.

The first vote totals after the polls closed on Nov. 6 had Matthais winning over Frederick by 34 votes.

Matthais currently serves as the Woolwich Township Park Director. Frederick is the current Swedesboro Woolwich Board of Education President.

With the election of Matthais, Democrats will control the Woolwich Township Committee, 3-2. The township committee selects its own mayor from the committee members. Currently the mayor is Republican Jordan Schlump.

Voters in East Greenwich faced a competition for one seat on the committee here. Republican Mayor Dale Archer retained his position on the township committee, defeating his Democratic opponent, Chris Fay. Archer received 2,990 votes to Fay’s 1,624.

The township committee will remain in Republican control, 5-0.

Democrat Bernadine Jackson ran unopposed to retain her seat on the township council. She received 1,868 votes. There were 46 write in votes.

The Logan Mayor and Council are all Democrats.