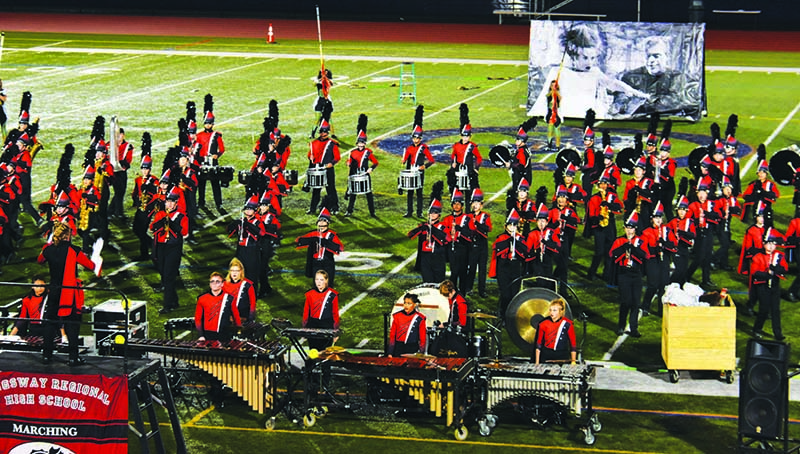 WOOLWICH TWP. — Congratulations to the 2018 Kingsway Regional Marching Band on being named TOB Group IV A ACC Champions. This was a final competition of the season for the band. The band attended the ACC Championships with top bands from a seven-state region to receive this honor. This year’s production entitled, ‘The Bride of Frankenstein’, was a huge success. At this year’s ACC Championships, the band took first place of the four bands in this largest group size and also received awards for Best Music, Best Percussion and Best Color Guard. The band received a season high score of 91.365. This was an amazing accomplishment for the students, staff, band parents and community. This year’s band is the largest band in the school’s history due in large part to the inclusion of eighth graders in the band for the past few seasons. Congratulations to the Kingsway Regional Marching Band for bringing home this tremendous honor.

Woolwich Township has now dropped to eight place on the list of most COVID positive test results of the county's 24 municipalities. Of the local towns, Woolwich ranks highest on the list. First on the list is Deptford (473), then Washington Township (294), Monroe Township (231), West Deptford (128), Glassboro (110), Woodbury (84), South Harrison (81), and then Woolwich (79). East Greenwich has 49 cases, Logan 31 cases, Swedesboro 34 cases. ...