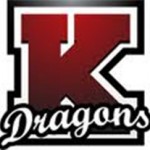 The Kingsway girls’ cross-country team, the three-time defending South Jersey Group 4 champions, graduated two Division 1 caliber athletes, Alexis Mullarkey (who competed this fall for Robert Morris University) and Kylie Anicic (who moved on to Temple University). These two girls led Kingsway to unprecedented heights last year, as the girls’ team won county, division, conference, and South Jersey Group 4 championships. They also earned the ultimate prize- a berth in the national championships; this was something no school in South Jersey had ever done.

Losing those two girls, it did not look like the program would be able to match those lofty accomplishments of the previous year. However, this year’s squad had similar plans; they refused to relinquish their stronghold on their championships.

This season, the Kingsway girls’ cross-country team went undefeated in dual meets, winning the Tri-County Conference Royal Division title for the fourth consecutive year. They won the Bowdoin Classic in upstate New York for the first time. They defended their Shore Coaches Invitational title. They won the Gloucester County and Tri-County Conference Championships for the 4th consecutive year.

All of this set the stage for their annual showdown with their chief rival, Shawnee, at the South Jersey Group 4 Championships.

When the smoke cleared, Kingsway was able to upend Shawnee, 56-96, to win their fourth consecutive South Jersey Group 4 championship. They joined Shawnee, Toms River North, and Brick Township as the only Group 4 schools in South Jersey to win four in a row.

So how did this happen anyway?

They came into the season with four girls who took the trip to Oregon last year- Lauren Krott, Ashlynne Burke, Allie Pierontoni, and Sydney Watts. Krott won the Tri-County Conference championship and was a 1st Team All-Conference selection. Burke won the Gloucester County championship and was named to the All-South Jersey team. Pierontoni and Watts earned first team conference honors as well.

“This season was about continuing our tradition of excellence and trying to grow as athletes,” said Head Girls Coach Caitlin Hess. “There was a pressure to defend those titles, and the girls set forth to make that happen. While we were a younger, less experienced squad, we continued to learn and did not lose sight of our purpose.”

“Our goals will not change next season as well,” Hess continued. “These experiences will set the stage for these girls to make some noise at the National level down the road. That is our goal, and we will train to make that goal a reality.”

Nothing less ever is expected from this program.