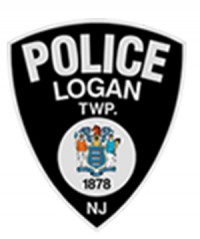 Sept. 1: A delivery driver at Wawa, 1700 Center Square Rd. reported that while he was making a delivery to the store, someone entered his truck and stole a backpack, phone charger and $40 cash. The truck’s windshield was also cracked during the incident. No surveillance video was available.

Sept. 1: Police received a complaint from a concerned citizen who advised that the occupants of a vehicle in the Wawa parking lot, 1700 Center Square Rd. may be intoxicated. Upon locating the vehicle, officers spoke with the driver, a 22 year old Logan Township man and his passenger, a 26 year old Delray Beach, FL woman. Upon this initial contact, the driver displayed signs of impairment. Standardized field sobriety tests were conducted and the driver was subsequently arrested for suspicion of DWI. A search of his person incident to arrest revealed three wax folds containing suspected heroin. He was transported to police headquarters for processing. He was then charged with reckless driving, DWI, Possession of CDS in a motor vehicle and possession of heroin. The driver was then released to a responsible party in compliance with John’s Law, pending a date in Gloucester County Superior Court.

Sept. 6: A Paulsboro Rd. resident reported that his home had been burglarized and jewelry, electronics and cash had been stolen from the home. Detectives processed the scene and recovered latent fingerprints, which were then turned over to the Gloucester County Prosecutor’s Office for comparison. The investigation is ongoing.

Sept. 13: During the overnight hours a Honda 15 HP generator, valued at $500, was stolen from a construction site on Route 130.

Sept. 14: Two men who were distributing paychecks to temporary employees of a warehouse on Oldmans Creek Rd. were held up at gunpoint. They were robbed of the payroll money that had not yet been doled out which was estimated to be $25,000. One of the men immediately recognized one of the suspects as a former employee. A warrant was issued charging the 22 year old Philadelphia man with Robbery, Aggravated Assault, Theft and Criminal Trespassing. He was later arrested by the US Marshall’s Fugitive Task Force and extradited to New Jersey to await a detention hearing. No information could be developed to identify the second suspect.

Sept. 30: Police were called to Wendy’s, 320 Village Center Dr. for a report of a suspicious male. Upon arrival, officers were advised that the man, a 21 year old Logan Township resident had spent several hours in the restaurant on consecutive days without buying anything. While investigating the man, officers uncovered he was a wanted person out of Delaware County, PA. He was arrested, processed and subsequently transported to Salem County Jail to await extradition.

Oct. 1: An employee of LaBrea Bakery, 11 Technology Dr., reported that his debit and Home Depot cards were removed from his wallet and subsequently used in numerous fraudulent transactions. The victim was unable to provide specifics on the purchase dates and times and therefore no follow could be done.

Oct. 2: Police and several fire companies responded to Pandrol, 501 Sharptown Rd., for a report of a fire. Officers assisted with traffic and scene security until the fire was extinguished.

Oct. 9: Police were dispatched to Acme, 1619 Center Square Rd., for a report of shoplifting. A suspect and vehicle description were provided and the vehicle was subsequently stopped in Woolwich Township a few minutes later. In plain view within the vehicle was an Acme shopping basket containing 7 bags of frozen shrimp. The driver, a 33 year old Pennsville man, who initially provided false information as to his identity, was arrested and charged with hindering his own apprehension. He was transported to headquarters where he processed and released pending a date in Logan Township Municipal Court. The passenger, a 39 year old Salem man, matched the description of the shoplifting suspect and was arrested. He was transported to headquarters where he was fingerprinted and photographed. Upon being fingerprinted, the resulting identity was not the person he initially identified himself as when stopped by police. He was subsequently found to have $6,875 in warrants and was a Wanted

Person by the Salem County Prosecutor’s Office. He was charged with shoplifting and hindering his own apprehension and transported to Salem County Jail.

Oct. 10: Police were dispatched to Greenyard Logistics, 405 Pedricktown Rd., for a report of an assault. Upon arrival the parties had already been separated. The resulting investigation revealed that a 20 year old Salem City woman had initiated the dispute and she was taken into custody for assault as well as an outstanding $1,000 warrant from Salem City. She was transported to headquarters and processed. She then posted 10 percent of her bail and was released pending a date in Salem City Municipal Court.

Oct. 10: While investigating a suspicious motor vehicle on private property at a closed business, it was discovered that the driver, a 32 year old Wilmington, DE woman, had an outstanding warrant from Elizabeth City in the amount of $1,500. She was taken into custody, transported to headquarters and processed. She was then released on her own recognizance pending a date in Elizabeth City Municipal Court.

Oct. 13: Responding to a motor vehicle complaint of a possible intoxicated driver, police located the vehicle and conducted a motor vehicle stop on Carriage Ln. for moving violations. Upon making contact with the driver, a 27 year old Logan Township man, officers observed signs of impairment and detected the odor of an alcoholic beverage emanating from the vehicle. Standardized Field Sobriety Tests were conducted and the driver was arrested for suspicion of DWI. He was transported to headquarters where he was processed and provided the required breath samples. He was then released to a family member in accordance with John’s Law and he has a date pending in Logan Township Municipal Court.

Oct. 13: Police were dispatched to Wawa, 1700 Center Square Rd., for a report of a male slumped over behind the wheel of his car with the vehicle still in gear. Upon opening the passenger compartment in order to assess the driver’s condition, an odor of an alcoholic beverage was immediately detected and open containers of alcohol were observed in plain view on the passenger side floor. Due to the driver’s semi-conscious state, he was transported to Inspira Medical Center for evaluation/treatment. A warrant was secured to have blood drawn from the driver, a 30 year old Salem man, to determine the content of alcohol in his blood. He was subsequently processed and charged with careless driving, DWI and possession of an open alcoholic beverage in a motor vehicle. He was released to a family member in accordance with

John’s Law and he has a date pending in Logan Township Municipal Court.

Oct. 19: Police were dispatched to the Gloucester County DREAM Park for a burglary to, and theft from, a motor vehicle. Upon arrival it was learned that the victim, a 43 year old Mays Landing woman, had been inside the facility for an event and when she returned, her car window had been smashed out. The victim’s mother, a 75 year old Egg Harbor woman, had her Coach purse and personal belongings stolen from within the vehicle. No physical evidence was able to be recovered from the scene and no surveillance footage of the area was available.

Oct. 21: Police conducted a motor vehicle stop on Route 130 for numerous motor vehicle violations. Upon making contact with the driver, a 19 year old Swedesboro man, the odor of marijuana was detected coming from the vehicle. Upon being asked about the odor, the driver surrendered a small plastic container with suspected marijuana inside. He was arrested and transported to headquarters for processing. He was then charged with impeding the flow of traffic, driving without a license and possession of under 50 grams of marijuana and released pending a date in Logan Township Municipal Court.

Oct. 26: After conducting a motor vehicle stop for equipment violations, police discovered the passenger was not wearing a seatbelt and asked for his identification. The passenger, a 24 year old Camden man, did not have ID with him but provided a name and date of birth. The ensuing investigation revealed that the man had provided false information and he was found to have numerous active warrants. He was then arrested and transported to headquarters for processing. He was served a summons for hindering apprehension and turned over to Camden County Metro Police Department on the outstanding warrants.