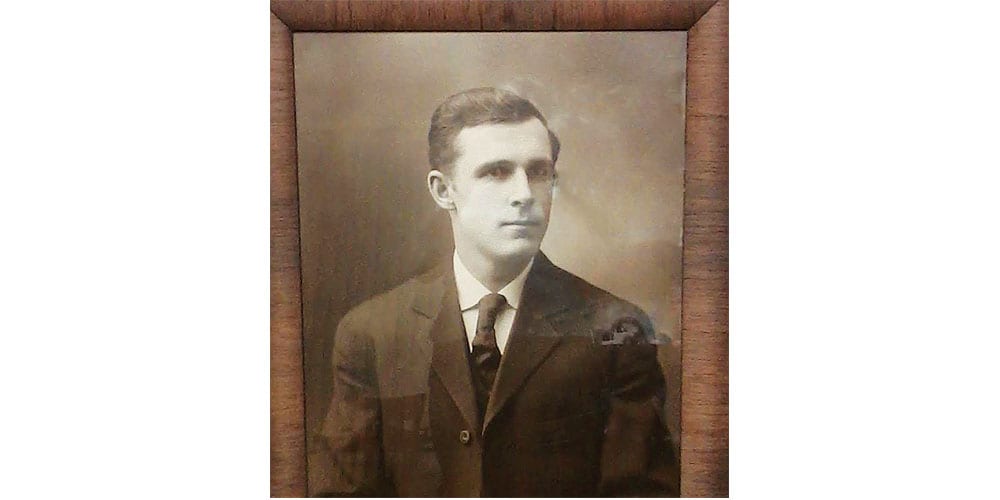 History, at least the recorded history of we homo sapiens, does not begin with the discovery of an artifact in a jungle or the uncovered bones of a half-million-year-old corpse lifted to the surface by flood waters. It doesn’t start with the remnants suggestive of ancient villages or the fascinating drawings on cave walls of men and animals. Such findings underpin suppositions and theories in the field of prehistory research.

Recent history, the era after writing was established, is the study, analysis and recording of human endeavors and it begins with a memory. Pilgrims remembered the ocean crossing to the New World, for example, and told the memories to their children and grandchildren, who passed them on to further generations. Some of the stories were written in journals or told to others who wrote them down to preserve them, a written memoir of the past.

Mankind seems consistent in searching for an understanding of the past as a way to honor predecessors and predict future behaviors. Our past tells us about ourselves, what happened on the way to where we are, and what might come next or need to be guarded against repeating.

The Historical Society of Swedesboro-Woolwich is hoping to do just that. Its members, recognizing the advent of major changes to the area, are seeking ways to preserve the memories of long-time residents who can tell about long-ago Swedesboro.

“We have always been interested in the personal stories of our history,” explained Teresa Carlton, secretary at the Society. “We have been trying to collect stories and the ones we already have, I think those people are all gone now.”

History is possibly being lost, she said, because changes to the communities are happening more rapidly and the elder citizens who have lived here the longest are passing away. Many family members of the subsequent generations are leaving, the knowledge of their parent’s and grandparent’s stories leaving with them.

“We have a lot of projects we’re working on,” Carlton continued. “Any farmers, we want to learn how they ended up in Swedesboro, what was life like here, how many people were here at the time and what did they like about being here? We want to know what was the cultural atmosphere back then and how has Swedesboro-Woolwich changed since then.”

As an example, Carlton recalled some of the personal histories the society has already preserved. “I’ve had people tell me how they loved Mill Hill, which turns into Franklin Street and Kings Highway, and sledding on it before it was all cars and stores.

“One man has started coming to meetings and he had drawn a crude map of his neighborhood and was hoping there would be people who could fill him in on the names for places and  people on his map. People are interested in their history.”

At another time, Carlton said, the society heard from a woman who had worked for Bank of America on Kings Highway. The bank opened in 1913 and closed last year. “The woman saved a framed picture from there and showed it to us. It had been there a long time and was just left when the bank closed.

“We don’t know who the man in the picture is, but sooner or later we figure somebody will tell us, will know who he was.”

As the area changes and grows, crowding out the farms and auction houses and sledding hills, Carlton said the loss of memories from the past becomes an issue for the present. “We’re losing people. They’re getting older, losing memory, dying. We need a preservation effort for the history of Swedesboro and Woolwich. Not just names and dates, we’re looking for anything that gives you a whole picture of where you lived, the culture, lifestyle, economics, religion – everything.

One such success at preservation was the recording of memories during talks with Norma Lang, who was the oldest person in Swedesboro when she died in 2011 at the age of 101. Carlton said Mrs. Lang shared a wealth of information on the lifestyle of old Swedesboro, emailing an excerpt from her obituary: “She remembered living without electricity, washing clothes by hand, children going to school in horse and buggy, silent movies, and making soap.”

“We were able to speak with her a number of times. It was delightful,” Carlton remembered.

Just as valuable, she said, was the video recorded a few years ago when three women gave the Society a presentation detailing their memories of attending the Richardson Avenue School. Added to the National Register of Historic Places in 1998, the school was the last in the state to be segregated under the “separate but equal” mandate. It closed in 1942.

“Some people are alive who attended the school, who still live here. We would love to hear their stories,” Carlton said.

Another member of the Historical Society, Lois Stanley, who, at 80, is working on her second book about the history of her town, was one of the original members of the Society. She outlined several ideas for gathering the memories of people who lived during the decades of the past.

“I was a little girl during the Second World War and those are memories we should preserve, and the farming stories, the school stories, churches … our world has evolved,” Stanley said.

She is urging a structure for the different kinds of interviews or story-tellings. “Can we do written? Taped? We have diaries and journals at the county level. You find out a lot from them about families and communities. You need some sort of format or a series of questions to (organize) a structure.”

Carlton said there is, as of yet, no formal path to finding and speaking with members of the generation who hold the remembrances the Society seeks, other than a short request for interested people in local papers.

She said members have had success in gathering stories in a number of ways. “We have had memory circles, where people are invited to join and share their memories. We have gone to people’s homes or have spoken with them at the Society one on one.

“Right now, we are sort of brainstorming questions like, who is still here from the farm times; who can we contact, who’s still here? Who lived in the old houses and how did they contribute to the neighborhood?

“We want to understand people’s stories, understand the past, your community’s past, the mistakes and triumphs. We want to meet the people who would like to tell their stories. And there are people who want to hear the stories about their area’s past.”

The Historical Society is housed at the Swedesboro Borough Hall, 1500 Kings Highway, and it houses a museum upstairs which is open to the public from 1 to 4 p.m. on the third Sunday of each month from September through June.  You can also visit by appointment in the summer and as needed.

The rent, Carlton said, is a whopping $1.00 a year for 99 years, thanks to a resolution from the borough.

Society meetings are the third Wednesday of each month, from 7 p.m. There are no meetings set in December, July and August.

If you are interested in telling – or hearing — tales of Olde Swedesboro, call Teresa Carlton at 856-467-1693. Carlton works at the Swedesboro branch of the county library as children’s librarian and in references. Her phone has an answering machine.

You might also visit the Society during its monthly meetings or seek to know more about its workings on its web site: Go to http://www.historicswedesboro.com and click on “about our town” on the top menu, where you will see the Society web link. You may also learn about the Society from its Facebook page: https://www.facebook.com/Swedesboro-Woolwich-Historical-Society-1809483646003103.