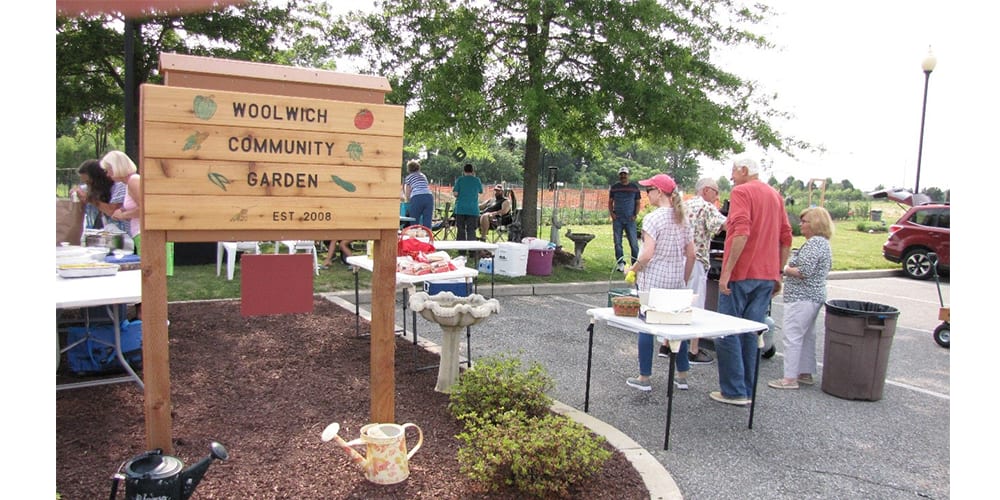 It was the first time that a party for the gardeners from the Woolwich Community Garden was held on the grounds of the garden. Two previous parties were held at private homes where the turnout only tallied 19 in 2015 and 16 in 2016. Obviously, the best location for a garden party is at the garden.

A couple veteran gardeners suggested having this picnic and supplied not only the hot dogs and buns but the grill too. The husband was the grill master and his wife assisted with handing out the rolls. A big “Thank You” goes out to them.

No alcohol was allowed, but it surely wasn’t needed to have a good time. It was a chance to relax, share good food and conversation, tour garden plots, and get to meet fellow gardeners.

Although the predicted rainfall was a concern, the raindrops held off until later and, with many helpful hands, we were able to clean up and flee.

A good time was had by all. Truly.