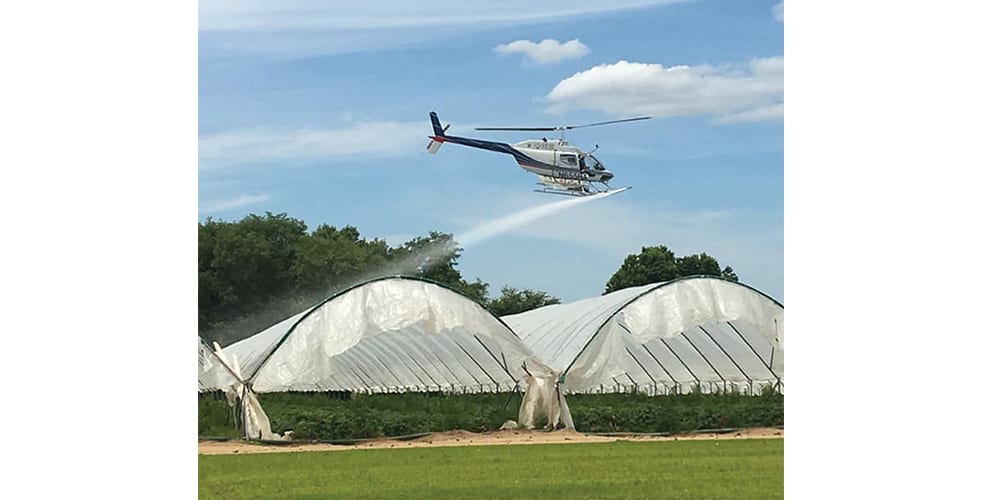 Crimson red, juicy, and sliced on a sandwich; crushed and cooked down into spaghetti sauce; or chopped and added to fresh salsa. Any way you slice or dice it, a Jersey tomato tastes like summer.

It’s easy to pick up a few of these beauties at your local farmer’s market and even at many supermarkets this time of year. But have you ever considered the journey this famed nightshade has taken to get to your table?

Swedesboro and the surrounding area have served as a hub for tomato farming, buying, and canning for decades, particularly during the heyday of the Swedesboro Farmer’s Auction, a popular destination for brokers that led Swedesboro to become one of the largest tomato commerce centers in the area.

Located at Leahy and Anderson Avenues in Swedesboro, and now the site of the popular “Food Truck Thursdays” in the summer, brokers and farmers came daily to the auction to buy and sell their produce.

Constructed in the mid-1930’s, the auction reached its height in the 1950’s and 60’s, and attracted buyers from multiple states and Canada. The auction was a lively affair, with four double-lines of farm trucks full of produce waiting to be sold each morning.

The season began with asparagus in April and ended with tomatoes and peppers in August, with tomatoes bringing in the most sellers, buyers, and profits beginning in the 1960’s.

The local tomato fueled not only farming and brokerage but preserving and manufacturing. The Hurff Canning Plant at the corner of Water and Third Streets in Swedesboro and the P.M.C. Canning Plant on Locke Avenue in Woolwich Township were the largest canners of tomatoes and tomato products in the area.

The Hurff plant operated from 1913-1948 when it was sold to Del Monte, and helped provide an economic livelihood that kept the Swedesboro and surrounding economy alive during the Great Depression.

The P.M.C. Canning Plant was organized in 1946 and also provided jobs and industry to the local economy. Both companies ran creative advertisements that touted the superior quality of the New Jersey tomato in their products.

Although not as large or well-publicized, tomato growing and selling is still a thriving industry in the area. With less farmland and more outside competition, some local growers are depending on modern methods to farm this celebrated crop.

Consider the case of Viereck Farms, centered in Woolwich Township. When driving past the fields in the area, you may have seen long white plastic “roofs” above the crop rows. These structures are called “high tunnels.”

To the layperson, high tunnels may look like greenhouses, but there’s a big difference between the two. In a greenhouse, plants are usually grown in pots on a raised platform, and use heaters and powered ventilation systems or coolers.

While all tomato plants start off in a greenhouse as sprouting seeds, they are moved to the tunnels when they are ready to go into the ground. Tunnels allow the plants to grow right in the ground as they would on a traditional farm.

Only a handful of Jersey tomato farmers are using high tunnels, with Viereck Farms and Early Acres in Woolwich Township being the only ones in the immediate area.

There are multiple advantages to growing tomatoes and other crops in high tunnels. The structures shade crops, protecting them from heat and sunscald.

High tunnels can also help protect crops from the weather and weed seeds, reducing the need for pesticides and fungicides. While not being organic, high tunnels are sprayed about 70 percent less than traditional field tomatoes.

Because of a four- to five-degree increase in the tunnel temperature, they allow crops to be planted sooner in the spring. The plastic also diffuses the natural sunlight to increase plant photosynthesis.

But perhaps the biggest advantage to using the tunnels, explained fourth generation grower Chris Viereck, is that the tunnels allow farmers to control crop irrigation.

“By keeping the rain off the plants, we can control how much water they receive. With the elimination of overwatering from rain, we can cut out the use of fungicides,” explained Viereck, who helps manage the farm with his father Larry, Uncle David, brother Mike, and cousin Joel.

Viereck Farms uses drip irrigation, with the water being pumped from an irrigation pond on the property. “Lay flat” hoses connect to drip lines which run underground down every row to deliver water.

“For row crops like vegetables, this saves on water, not only by using less, but also by losing less to evaporation,” elaborated Viereck. “With this system, we are also only watering the plants, not the weeds.”

Drip irrigation also delivers fertilizers and pesticides directly to the plant roots. This direct system not only cuts down on their usage, but reduces the costs of these expensive chemicals.

How does a farmer know when to water and how much? Most now employ irrometers, small sensors embedded into the soil that measure moisture levels.

As moisture levels can vary greatly within the same small area due to soil diversity and drainage, this device allows the farmer to provide the exact level of irrigation needed for each field to thrive.

During very hot summer weather, farms using high tunnels employ helicopters to “shade spray” the top of the tunnels, a process that coats the plastic with a material that provides 20 to 25 percent more shade than the tunnel alone and reduces its temperature by 10 to 15 degrees.

“The lower temperature provides a couple of advantages,” said Viereck. “Plants that grow in this less stressful environment absorb more potassium and other nutrients. It also allows for better conditions for the workers.”

The production of lycopene, the powerful antioxidant that gives tomatoes their red pigment, gets interrupted at temperatures over 90 degrees. Because potassium controls the lycopene production of a tomato, keeping its levels up during growth is important to producing a nutrient-rich, bright red tomato.

Another factor contributing to the trend in farming technology is nutrient measuring. At least once a week, Viereck orders tissue sample reports of the plants. From these reports, he knows what type of and how much fertilizer to add for optimum results.

Viereck stores data from the previous six years on his computer, and often refers to past seasons when faced with fields having unbalanced nutrient readouts. “I can go back and apply the same strategy that worked on a past crop that had the same problems,” he confirmed.

For example, nitrogen levels cannot be too high when it’s time to harvest, or the tomatoes will develop a fleshy or spongy texture with too much moisture, yielding a watered-down, grainy taste.

Farmers used to measure nitrogen levels by eyesight, understanding the exact color saturation of the leaves and what nutrient level each shade required. As fewer younger farmers master this skill, they must depend on the nutrient reports and tissue samples to glean this type of knowledge.

While technology reigns in many areas, most crops are still harvested by hand at local farms, to ensure minimal bruising and proper ripeness. Along with local welder Matt Buzby, Chris Viereck has created a “tote stand,” allowing workers to carry a crate of tomatoes without dropping the fruit, and to harvest with minimal bending, resulting in less wear and tear on the back.

When it comes to sorting, it’s back to hi-tech. At Viereck Farms, the packing house employs Invision software, a customized program for sorting and packing circular crops, like tomatoes.

The process begins with tomatoes moving onto a conveyor belt for inspection, where they are then shined by a dry brusher. Next, they move onto a roller to be examined on all sides.

A “singulator” then conducts them into single-file lines, where imperfect fruit is regulated to the commercial line. Next, the software uses two cameras to divide the tomatoes into three color grades: blush, orange/pink, or red, depending on ripeness.

Tomatoes are then sorted by weight and size, down to the gram and millimeter. Once classified, they are routed to their final drop point, ready for packing.

Along with the use of technology, a constant change in tomato farming has been the shift of varieties. As most successful New Jersey tomatoes have been hybrid plants, seed companies and agricultural organizations have continued to develop strains with changing traits.

Over the decades, these traits have been determined by varying factors, such as consumer tastes, fruit usage, transport distance, buyer preferences, competition, and industry developments and innovation.

While some of the early hybrid varieties included such classics as Earliana, Campbell’s 146, Jersey Devil, Rutgers, Ramapo, and many numbered varieties like 7 and 1328, most local farms now grow popular modern varieties such as beefsteak and roma style tomatoes.

Chris Viereck thinks differently. “To me, it’s about what I can grow successfully, but it must have a great flavor.” A staple variety at Viereck Farms is “Primo Red,” an early variety that withstands cooler spring weather, with red flesh throughout and a trademark “nose” at the bottom of the fruit.

Viereck is also excited about a new variety he is growing this season, called “Red Morning,” with great yields of large tomatoes that come in later than the Primo Red, to help balance out the overall harvest.

While the use of science and technology has helped farmers better control conditions, it’s still Mother Nature who ultimately determines the success or failure of a single harvest or an entire growing season. “Every year is so different, and specific conditions are unpredictable,” confirmed Viereck.

In addition to constantly being reactive to the weather, challenges to today’s farmer include the cost of labor and the 12 to 14 hour days during the busy season, which can take a toll on family life.

Bob Debaun, a produce wholesaler for over 50 years, agrees. “As younger generations found work with better money and regular hours, they left farming. Farmers and buyers cannot look at the clock.”

When asked how the public can help local farmers, Viereck and Debaun do not hesitate. “Buy local. Support farmer’s markets, and when shopping at the grocery store, ask for Jersey produce.”

Despite the challenges of farming, Viereck enjoys his job. “Dealing with great people in the industry like buyers and other farmers makes it rewarding. But the best part is when I get great feedback from the customers, when they love my tomatoes, and they let me know it.”