Woolwich Reaches New Deal to Get Sewer To Rt. 322 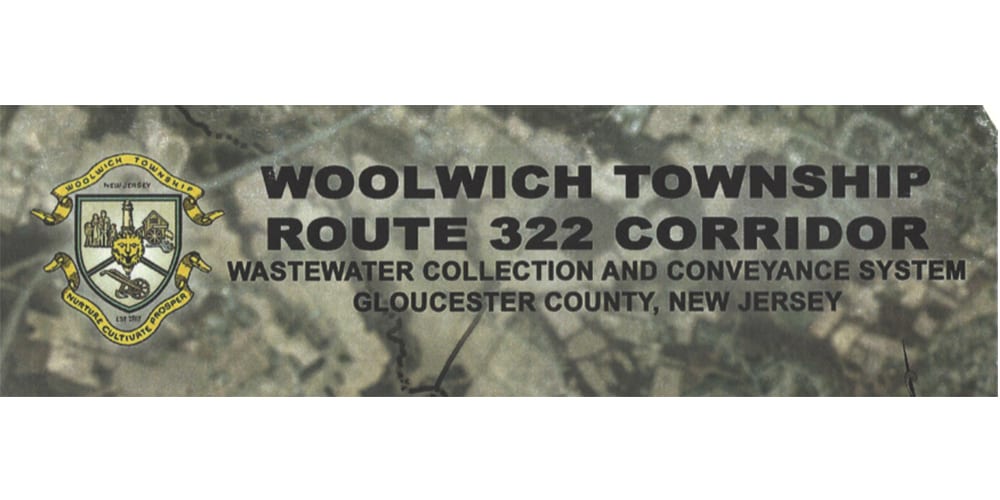 WOOLWICH TWP. – Woolwich Township has reached an agreement with Gloucester County to provide sewer service to the Route 322 Growth Corridor.

A prior agreement with Logan Township Municipal Utility Authority for sewer services had stalled when the Logan MUA wouldn’t guarantee the sewer capacity for the full build out of the Route 322 sewer area.

According to Woolwich Township Mayor Vernon Marino, he was told that the Gloucester County Utility Authority was going to run a sewer line from the Gloucester County Improvement Authority facility in South Harrison Township up to the Mantua Pumping Station in Mount Royal and would need to cross Route 322. Marino said it was logical for the township to approach them about sewer service for the Route 322 Growth Corridor. “They were going to cross 322 anyway,” said Marino.

The county has already begun design of their station at the landfill and already has Department of Environmental Protection approval. Marino said the facility was designed with enough capacity to handle the sewer needs for the full build out capacity of the Route 322 Growth Corridor.

According to Marino, Logan MUA wouldn’t guarantee this, so work on the sewer system had to stop. Full build out capacity had to be guaranteed by the sewer service provider to qualify for state loans, otherwise the township would have been bearing the total cost of the construction. The cost of the sewer construction will now be shared between the Gloucester County Improvement Authority and the township.

In the new agreement, the Woolwich pump station will still be located on Locke Avenue and run east along Route 322 to the Harrison Township border and up Kings Highway to the Mantua Station in Mount Royal. The shared main extension north of Route 322 along Kings Highway will also provide a larger area for sewer in the Growth Center.

Marino said the properties west of Locke Avenue on Route 322 will not be serviced by township sewer because the property owners did not want it. Marino said they could hook up to Logan Township in the future. “This will save us $200,000 by not putting a manhole there,” he added.

Marino said that sewer installation would take 18 to 24 months and would not need any road reconstruction. The road construction occurring now is to widen Route 322 to five lanes with turn lanes and reconstruction of the Kings Highway intersection. Installation of sewer pipes would be done alongside or under any existing roadway.

Marino said that the current construction on Route 322 was delayed when crews hit a mismarked gas line. Construction should be switched to the other side of the highway in mid-October and then last three more weeks.