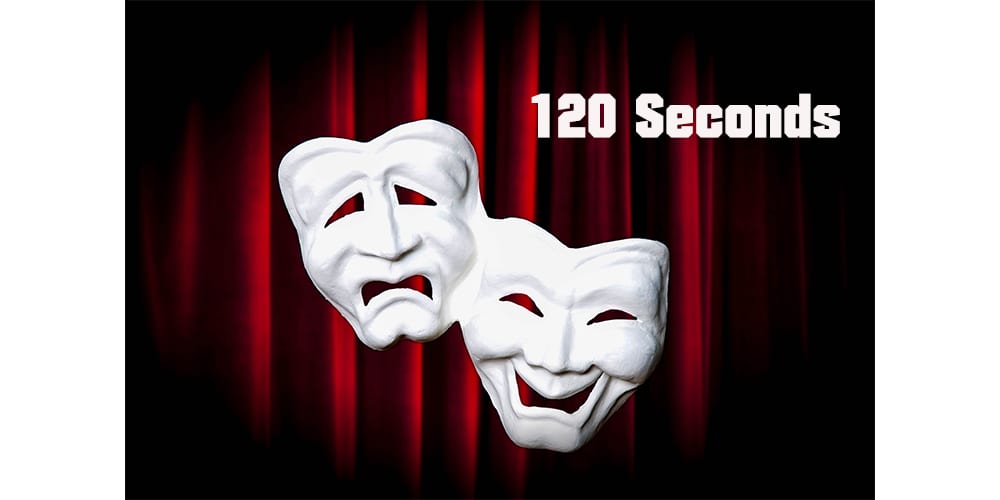 120 Seconds will have a limited special engagement run from Dec. 5 to 7 at Kingsway. The powerful, original drama includes a cast and crew of more than 50 Kingsway students

120 Seconds had its world premiere in New York in 1991 to rave reviews. The powerful drama about the challenge facing America’s health care system was originally developed by Young when he was commissioned by the Arts & Work Ensemble in New York to write a play specifically for its company of 25 actors that takes place in a hospital emergency room. This current series of performances, marks only the third theatrical run for the play with the high school also performing the play back in 2011.

Set in an urban American city, 120 Seconds examines a national health care system in crisis through the eyes of Doctor Rebecca Sanford who has taken over as head of Memorial Hospital’s trauma center. The city’s last public hospital is plagued by overcrowding, under funding and long hours, factors that contribute to an atmosphere of chaos and violence which leads to a tragedy when a critically injured patient is overlooked and dies.

A cover-up ensues until Dr. Sanford realizes that she faces a choice: fight to retain her humanity in this brutal, unrelenting environment or become numbed by its brutality to the point of dehumanization.

“It’s been almost 30 years since 120 Seconds was first performed but the issues it addresses are even more relevant today,” said Young. “When I discussed potential ideas for this year’s school play with the students, they looked at the script and told me they wanted to do it – it addresses some sensitive topics and they wanted to deliver a message with this year’s performance.”

The special engagement run of 120 Seconds includes performances on Thursday, Dec. 5 and Friday, Dec. 6 at 6:30 p.m. and two shows on Saturday, Dec. 7 with a Saturday matinee performance at 2 p.m. and closing performance at 7 p.m.

Tickets are available at the door and cost $10 for adults and $7 for students and senior citizens.