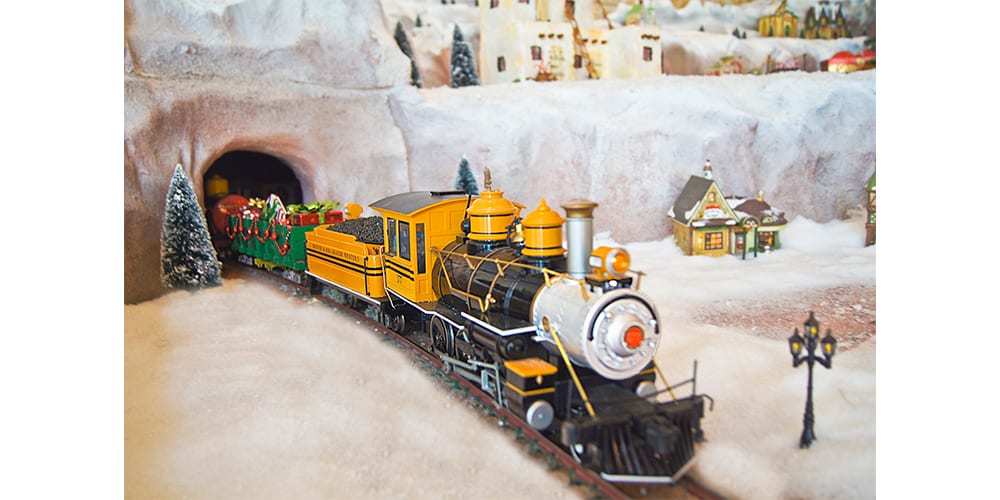 SWEDESBORO – Swedesboro’s P.J. Mattson will once again be welcoming model railroad enthusiasts into his home as one of the Open House locations for November’s National Model Railroad Month.

During the Open Houses, local modelers invite everyone to view their efforts and to interest others in the hobby of model railroading. Since November is National Model Railroad Month this has become an annual event enjoyed by many.

These model railroads will be open Sunday November 10th and Saturday November 16th from 12 p.m. to 5 p.m. for the public to view. There are no charges or entrance fees. Cameras are allowed. Children are encouraged to come. See our FLIERS for other Railroads that have Open House in the area. They can be picked up at Swedesboro True Valve, Swedesboro Library, Heritage’s and other locations in Swedesboro and Woodbury.

These local railroads are operated year around by the South Jersey Operators group in an authentic reproduction of real railroad movements There is always something new to be seen in this the 26th year for these local open houses. The fascination with trains continues.

P. J. Mattson’s Raccoon Valley Railroad is located at 129 East Avenue in Swedesboro.  His railroad features a double track mainline running through a fictional New Jersey setting from Swedesboro to the mountains of North Jersey with his own version of the Horseshoe Curve. The town of Swedesboro is depicted including trucks full of tomatoes in the rail yard.

The control system is Digitrax Digital Command Control (DCC). Trains can also be controlled by Cell Phones. All the latest electronics, operating signals, radio control, sound and a central dispatch board distinguishes his road.

Over half of his 60 locomotives operate with digital sound. A Steel Mill is featured for additional unusual operation. His web site can be seen at http://raccoonvalleyrailroad.shutterfly.com

Steve Moylan’s Oak Valley Railroad is located at 835 Vermont Avenue in Deptford and depicts an active railroad area of Pennsylvania during the 1950’s. Working steam and diesel engines controlled by Digitrax DCC travel through towns, industrial and coal mining areas.

Realistic operation in a realistic setting is the goal. With 100 percent of tracks in place and running, 98 percent of scenery in place, construction continues on what is a class A model railroad.