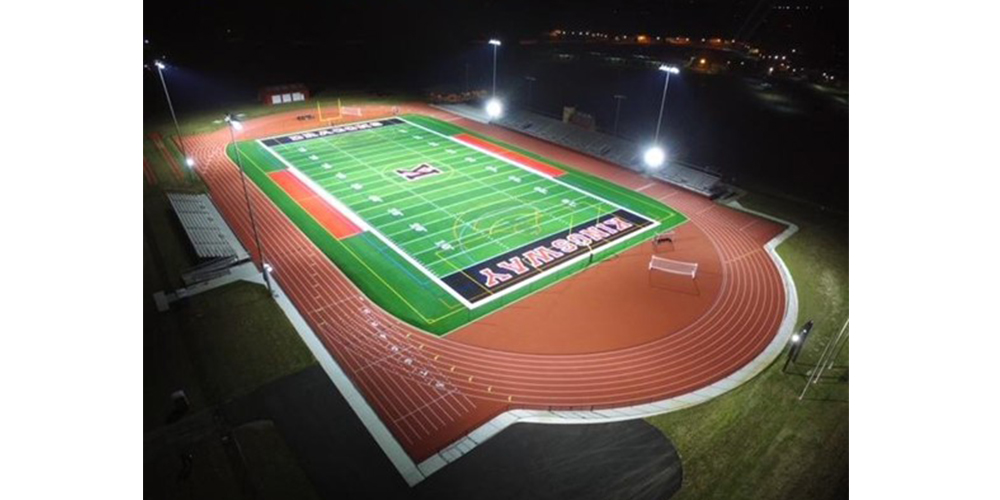 WOOLWICH TWP. — The Kingsway Board of Education finished the all-turf field and eight lane track the students were waiting for.

The Kingsway Board of Education allocated a public bid to American Athletic Courts, Inc. on Aug. 22, 2019 for essential improvements to the track and field stadium. The total cost of the project was $2,409,015.

The improvements include a new eight-lane synthetic track to replace the previous run-down track, which was prohibited from use in competition since 2014. The old latex track was built in 1992 and only contained six-lanes. Students have not been permitted to use their own track for competition in five years.

The project also called for the addition of a synthetic, multi-sport turf field and many other improvements to benefit field events such as pole vault, long jump, and high jump.

When asked about the new track and stadium field, Kingsway sophomore and student athlete Jake Mason responded, “It’s a great addition to Kingsway and all its sports teams. Compared to other schools, our field is the nicest by far. The logoed end zones labeled Kingsway on one end zone and Dragons on the other make it one of the most aesthetically pleasing fields there is!”

Another student athlete Luke Wordelmann, got a firsthand look at the new field as soon as it was finished, “Over the summer, I went to do soccer drills on the turf. The track improvements have been very nice. Due to safety hazards, students could not use the track the last couple years and it is great to have a place to run sprints and competitions for the school.”

Kingsway field hockey player Mary Wordelmann said that she was “very impressed and grateful for the new track and field”. When asked about the quality of the turf she explained, “The new turf gets better and better as it breaks in. Turf is so much better to play on compared to grass. The new turf is soft and smooth. Real grass is harder to play on because it has more friction and bumps in the ground.”

The consensus from the students is that the new track and field facility is certainly a great addition to Kingsway and the Dragons name. It’s a place for student athletes to practice, play, and host other schools with sheer Dragon pride with a great upgrade to what it means to be a Dragon.