Even Swedesboro’s Very Own Superwoman Needs A Little Help 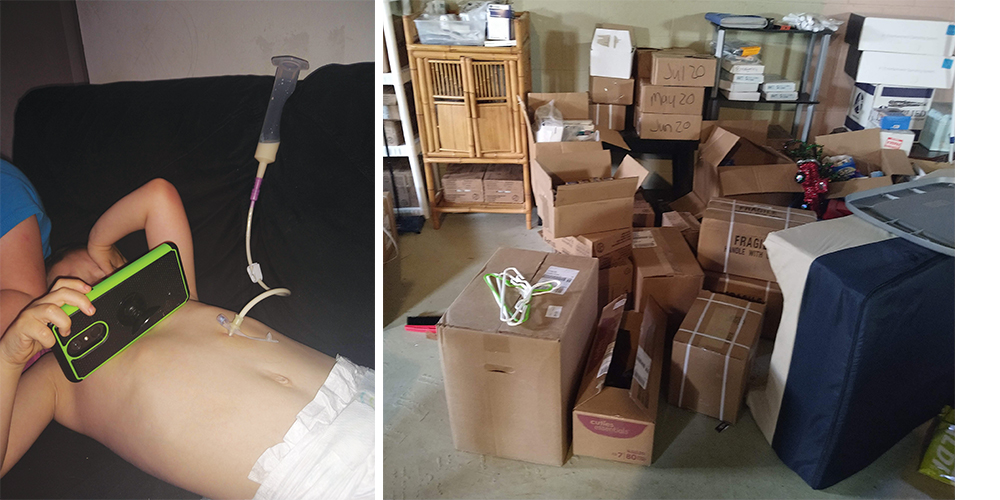 I’m calling her Kristin, because she reminds me of the DC Comics character Kristin Wells, aka Superwoman.

Yes, Swedesboro has its own Superwoman. She can’t travel through time, teleport, or fly, but she does seem to have superhuman powers.

This is her story.

Kristin was born with a cleft lip and palate. Despite this, she was an excellent student in elementary and middle school, always making honor roll. But due to her physical condition, she can’t remember a time when she wasn’t mocked by her peers.

In high school, things got worse. Other students would write comments on her locker and yell at her. Some kids even barked at her.

Kristin didn’t want to get bullied for being smart, too, so she stopped handing in assignments. She would wake up in the mornings and not want to go to school. So, at 16 she dropped out of school but managed to get her GED.

She began working 60 or more hours per week at minimum wage jobs.

When she was 20, Kristin’s mother passed away. They were very close and her death was a crushing blow. Another blow was struck when her grandmother was diagnosed with breast cancer. Kristin quit her job to drive her to treatments and help care for her.

Kristin’s first son was born at the end of 2009, and his dad disappeared when his son was only two and half years old.

In September 2013, Kristin’s grandmother sold her home and Kristin got her own place with her new husband. But the happiness was fleeting as Kristin soon suffered a miscarriage.

In June 2014, Kristin discovered she was pregnant again.

At her five-month ultrasound it was discovered that her baby had only had one kidney that was not properly attached. The ureter (the tube that connects the kidney to the bladder) was too big (referred to as a mega ureter) and the bladder was too small. The diagnosis is called a UVJ obstruction.

It was at this time that Kristin’s Superwoman powers really became evident.

“The high-risk doctor asked me if I was okay, because apparently, I was handling the news too well. I asked him if my baby was going to die and he said no, but that he will need surgery to correct it.

“I told him that my mother always told me to be grateful I had something that could be fixed (referring to her cleft lip and palate), because some people don’t,” she explained.

Kristin’s son was born at CHOP, was put on her chest for about five seconds, and then passed through a window to the adjoining room. About an hour later he was wheeled out in an incubator with a breathing tube.

Kristin’s son, (who I’m calling Clark after the Superman character) had surgery at 23 hours old to place a nephrostomy tube (a type of catheter inserted through the skin and into the kidney, used to drain urine into a small external bag).

Additional procedures were performed, but eventually, a vesicostomy (a surgical opening in the bladder that leads to an opening in the belly, used to drain urine outside the body) was required to prevent urinary tract infections and further damage to his kidney. But despite the vesicostomy, Clark still developed UTIs, so Kristin had to begin catharizing the opening three times a day.

It was also difficult and time-consuming to feed Clark. “It took an hour to make his formula because I had to ‘de-cant’ it.” That involved mixing medicine with formula and letting it sit for 30 to 60 minutes, then discarding the bottom layer.

This process removed the potassium from the formula that had “bonded” with the added medication. Clark’s system creates too much potassium, and even now, he can never eat a banana or other potassium-rich food.

Clark’s medical problems continued. Yet he has inherited his mother’s powers of internal strength and perseverance.

At only six years old, he has had numerous surgeries, procedures and conditions. The short list includes ear tube insertions, emergency closure of the vesicostomy when his bladder came out of his body, feeding tubes inserted into his stomach and nose, his ureter surgically placed outside his body to bypass his bladder, a hernia repair, multiple UTIs, and kidney stones that are still being monitored.

Clark is also losing his hearing and has high blood pressure. He takes four medications a day.

Unfortunately, his most recent surgery, when the ureterostomy was closed in June of 2020, was not successful.

Clark’s kidney function began to decline quickly after the surgery, dropping from 32 to 26 percent. His phosphorus levels are also rising, another bad sign.

If kidney function drops to 25 percent, Clark will begin testing for a transplant, as his doctors want to avoid dialysis at all costs.

Kristin also reported that Clark has also been getting tired more quickly, but her insurance will not pay for a medical stroller since he knows how to walk. Her insurance company is also threatening to stop covering Clark’s visits to CHOP, the nearest hospital with a pediatric kidney transplant specialist.

“The closest covered hospital is in New Brunswick, too far if any emergencies arise,” Kristin said, explaining her dilemma.

Kristin also has a 12-year-old stepson with whom she has a special relationship and sees often. Like Kristin, her stepson suffers from a cleft lip and palate, giving her special insight into his condition.

In addition to a cleft lip and palate for which Kristin has endured over 20 surgeries, she is diabetic, has five herniated discs in her back and neck (caused by a work injury), and also suffers from PTSD, depression, and anxiety caused by Clark’s condition.

Having to care for herself and multiple children with serious medical conditions leaves Kristin with financial difficulties, especially now that she is estranged from her husband.

With so many medical appointments for Clark, the other children, and herself, transportation is a must for Kristin. But due to her financial difficulties and a string of bad luck including car theft, accidents, breakdowns and a hit-and-run, Kristin does not have a reliable vehicle.

Finding safe, affordable housing for her children has also been challenging. The family recently had to move from an unsafe apartment where a broken pipe ruined much of Clark’s expensive medical equipment.

When asks how she deals with it all, Kristin is quick to answer with favorite quote. “You never know how strong you are until being strong is the only choice you have.”

Although facing one challenge after another, Kristin is constantly trying to better herself. She earned her associate’s degree in 2013, her bachelor’s in 2015, and her master’s in 2019. Online learning allowed her to obtain an education while still caring for her children.

Prior to getting her master’s degree, Kristin worked by delivering car parts and at Amazon. Having to care for her children, her on-the-job injury, and the pandemic have combined to make it impossible to find work.

With an advanced degree in Applied Behavioral Analysis (an education degree to teach children with autism), Kristin is hoping to get a job as a social worker once pandemic conditions improve.

“I just want to be able to work in my field and be the best mom I can be to my kids,” she began.

“I want to give them the world. I also want to make sure that they grow up to be responsible, respectful adults. I want them to be the kid in school that is known for being kind. I want to push them to follow their dreams while always remembering to stop and smell the flowers.

“Some days I feel like I’m failing and some days I look in their eyes and at their smile and just think to myself that these kids are the future. I want them to see the potential in themselves that I see in them.”

As a victim of bullying, Kristin was reflective.

“As a teenager or even as an adult, people do not realize how much of an impact words or actions can have on other people – good and bad. Instead of making fun of someone for looking different or thinking different or dressing different, etc., take a minute to get to know them. They may be an amazing person.

“I am terrified for my kids to go through school, especially my daughter. My daughter looks different and everyone can see that. I would love if people would think before they act.”

“Being kind does not cost anything and it can make a huge difference in someone’s life. To be honest, I was a little relieved when we had to start wearing masks everywhere because it hid my nose and lip, and that is pathetic.”

A school counselor who knows of Kristin and her family’s struggles contacted King’s Things in Swedesboro, and Chairman of the Board Gerry Siglow and the kind volunteers there have been able to help Kristin.

But Siglow is concerned about Kristin and her children, and hope that a generous area resident might be able to donate a reliable automobile to Kristin, particularly one that is large enough to transport Clark’s medical equipment.

I’d also add that sometimes superheroes live in the hearts of loving moms.