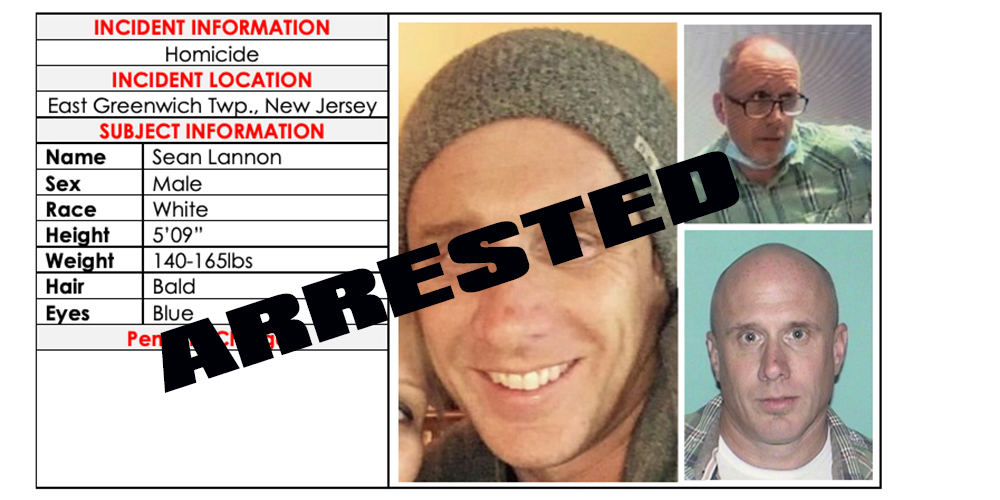 Elk Township charged Lannon with Burglary and Possession of a Weapon (Knife) after forcing entry into a structure in Monroeville on March 8 also. Lannon was also a suspect in a quadruple murder in New Mexico.

A $5,000 reward had been offered by US Marshal’s Service for information leading to Lannon’s arrest.

Prosecutor Hoffman extended her heartfelt appreciation to the many partners who participated in and advanced this investigation at a very rapid pace. This includes the East Greenwich Police Department under Chief Brenner’s leadership, which conducted the initial Wellbeing Check and whose diligence was directly responsible for promptly finding Dabkowski’s body.

Chief Brenner, very pleased with the exemplary performance of Ease Greenwich Police Department members, stated, “I could not be prouder of my officers and detectives. Although these are circumstances that this community rarely encounters, their quick and decisive actions underscore their professionalism and dedication to their fellow citizens. EGPD personnel worked in close partnership with the Gloucester County Prosecutor’s Office and numerous other agencies to achieve a prompt and very necessary arrest of a dangerous suspect.”

This investigation remains active and GCPO Detectives believe there are additional witnesses who can provide crucial information to aid and further this investigation.  The Gloucester County Prosecutor’s Office encourages any witnesses with any information regarding this crime, as well as Lannon’s movements or activities, to call Sgt. John Petroski of the Gloucester County Prosecutor’s Office at 856-498-6238.

Information can also be e-mailed to the Gloucester County Prosecutor’s Office at tips@co.gloucester.nj.us.