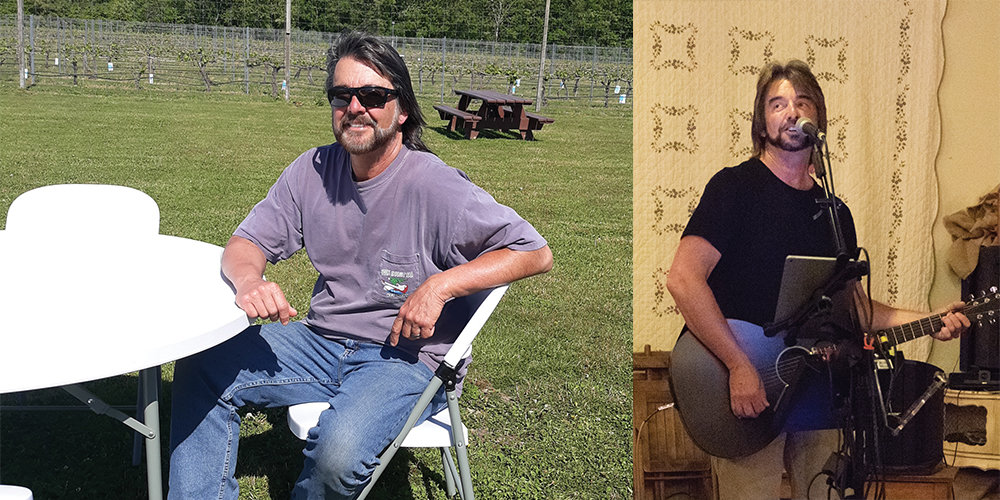 Paleoanthropology (the study of fossils left by humans before they were modern humans) suggests our early ancestors, even at the pre-human stage, gathered and socialized. They seem to have made a form of beer and  fermented drinks, some of the research shows. And recently, the oldest musical instrument so far found, a 60,000 year old Neanderthal flute made from a bear’s bone, was discovered in Slovenia.

These findings support a theory that our great-great-millennial-great-grandparents sat around a campfire (yes, fire was domesticated that far back) and probably sang whatever their version of Kumbaya was, accompanied by a musician with a flute.

And, history shows, we haven’t stopped enjoying such gatherings since, although the settings, the instruments and the songs have certainly changed. South Jersey has seen a growing trend toward vineyards, fields of hops, and generally spacious settings housing wineries, breweries and distilleries, all open to the public.

But, like many businesses, drinking and eating establishments faced closing as the pandemic slashed their customer base. The popular Center Square Tavern in Woolwich, for example, had to close their inside seating, thus limiting service to outside dining, said owner Debi Wallace.

The Tavern is not the only business that closed its doors to indoors, relying hopefully on outdoor seating and customers following suit. Happily, the movement towards businesses hosting socialization and signature food and libations has, itself, spawned a delightful secondary occupation, the independent musician.

There is a synergy between sampling food, wines, beers or cocktails and a singer or several enlivening the occasion. A synergy that brings a festive air to a meal or a drink. A synergy that fosters happy memories of dancing and humming to the songs you sang in high school, or at college, or around a campfire.

A synergy that probably saved many of the local wineries and breweries and distilleries and restaurants from closing when the pandemic struck early last year.

Before the pandemic hit, the libations industry in South Jersey was already enhancing its offerings by bringing in entertainers now and then. As Debra Basile, owner of the Monroeville Winery, noted, “The music was always supposed to be background. Then, yes, it became a draw.”

Over the years the music became part of the winery experience, so much so that recently, when a singer scheduled at her winery, which is just south of South Harrison Township, had to back out, “People were disappointed and began leaving,” a staff member said. “We were lucky that (a regular patron) went home and brought back his stereo system and we got to have music playing. People stopped leaving.”

The musicians most popular with the public who had begun coming not only to sample the wares, but to have an hour or so of music, continued coming for their favorite musicians, even during the pandemic shutdowns. Establishments learned sanitizing techniques and customers learned distancing and masking and everyone complained but they followed the music and came for the experience.

“They saved us,” enthused a staffer at the historic Barnsboro Inn, located on Main St., Sewell, just six miles away from Mickleton. She had been asked if the inn had benefitted from the singers it hosted.

She was not the only observer of the phenomenon. Mandi Cassidy, owner of Salem Oaks Winery, declared in a phone interview that, “It’s one hundred and ten percent they saved our business during the pandemic.”

Among the most popular of local musicians is Jimmy Dunn, a soloist with an acoustic guitar, who said he lives on three acres of country property in South Harrison. He has attracted a large, loyal and dedicated fan base and it does not go unnoticed.

“In my experience,” Basile said, “Not many singers can get the following Jimmy Dunn does. People will call and ask when Jimmy’s playing. I think musicians helped most of the wineries during the pandemic. Especially Jimmy. He’s genuine and has a big following.”

The “big following” became crucial to the continued success of wineries and eateries and that success, synergistically, fostered the careers not only of Dunn, but of the several musicians on the local winery et al circuit.

Dunn has been singing most of his life, in bands or on his own, starting at The Music Barn in Mullica Hill, which offers newcomers a stage and an audience. Born in Camden, he is a 1974 graduate of Gateway High. “I was the guy voted most likely to play guitar my whole life,” he quipped.

He began playing and singing with various bands formed by friends and friends of friends, he said. He played at shore casinos during what he called, “The era of the beginning of the 70s and 80s casino growth.” It was an era, he added, when people expected live music. His fan base is largely of the same era, he noted.

“It’s people who have been raised on live music. That was the audience at the casinos then, and now that audience is this audience, catching on at wineries and other spots. I have people asking me if I remember them from their being in the audience when I played this or that casino. They’ll tell me about other wineries, ‘Hey, I like the wine but they don’t have music,’ so they come here for the music.”

Dunn began what is his second career five or so years ago. Prior to retirement, he was a Teamster, driving delivery routes, for about 30 years. “When I retired, I wanted to enjoy what I did, to follow a passion I’ve had since a long time back,” Dunn said.

“It was my wife, Laura, who said, ‘Why don’t you go to the wineries?’ They were just blooming then so I made up a packet of info and took it to Creekside Inn because they had live music.” He is now on the regular rotation at Creekside, a Woodstown restaurant and golf course, where his loyal followers reserve tables to see him sing.

In time, word spread and wineries gave him a try. “Timing is everything.” Dunn said. “You worked for 30 years. Now you can sing,” he recalled thinking. His music, he added, is his passion.

As word traveled about the new solo singer in town, Mandi Cassidy took notice. She said she was the first winery to give Dunn a go-ahead. “He has a beautiful following and he’s good people,” she said. “He first sang here in 2018 and he still sings here. I was the first to give out Jimmy Dunn tee shirts,” she chuckled.

Dunn has a way with his audience, said both Cassidy and Basile, that personalizes his repertoire of songs. Among his fans, however, it’s the package that seems to draw his crowds. “I love his music,” claimed Doris Craft of Vineland. “He puts so much effort into it.”

Debi Wallace at Center Square Tavern added an enthusiastic, “We love him. He’s a wonderful guy and when he comes here, there’s excellent music. He’s played numerous times here and lots of people come to hear him. They love him.”

But it’s not just the singing or the music he chooses that brings his audience to wherever he plays. His fans are responding to his personality, too.

“He’s a consummate musician,” said Jim Goldsborough, visiting the Monroeville winery. “When he decides to do a song he studies it and practices it.” Goldsborough is light-heartedly nicknamed ‘Jimmy’s Manager’ by his friends for his dedication to letting people know when and where the musician is playing and organizing trips to be there. “Wherever he plays,” Goldsborough said, to the nods of his friends, “that’s where I’ll be.”

Some of Goldsborough’s friends added their own opinions:

“He makes a person feel. Jim sang two songs especially for me. One was ‘Melissa’, my daughter’s name, and the other was ‘We Gotta Get Out of This Place.’ It’s a song we Vietnam vets like because that’s how we felt.” Ed Hutchison said.

“He brings in more people than any other singer,” added Karen Sparks.

“I hired him to play at my daughter’s surprise 30th birthday party and he was great,” Lori Scarpa said. “He sang the song ‘Aimee’ just for her. He personalized it because that’s her name. Everybody loved him. He’s relatable. He played old songs that everybody knew.”

There are many soloists, duos, bands and acts that entertain at the same places and are well-received. What seems to set Dunn apart is what his fans get from him personally. He will end a song and go to sit with audience members he knows, chat a bit, then go back to his guitar. He plays songs from the ‘good old days’, the 60s through 80s and so on, geared to the age of his audience. Many quietly, or not so, sing along.

Dunn, cognizant of the large number of fans, estimated by others as 20 to 50 or more, that he often brings in tow, prefers humility and gratitude to numbers bragging. “You don’t start out as a musician for the money. It’s not something you can make a lot of money doing,” he said. “It’s always been my passion and when the people who come love the music, it takes me back. I feel like I did when I first started playing and connecting with people.”

Among the people Dunn tries to please are the owners of the restaurants, wineries, and other venues. He said he is happy to work with the needs of the places that hire him. “I understand how many hoops they have to deal with, and I view the people I work for as part of a partnership.”

Cassidy of Salem Oak Winery mentioned one such ‘hoop’, the fact that owners must pay not just the talent, but up to three licensing fees for songs sung or played. One such license, she said, amounted to nearly $1,000 a year. “Customers don’t usually know that.”

About Jimmy Dunn, the Salem Oak owner acknowledged the synergy between his music and her business, grateful for his contribution to her pandemic-threatened winery. “Amen to the synergy,” Cassidy said of Dunn. “He has set the bar high. He’s one who brings in more people.”