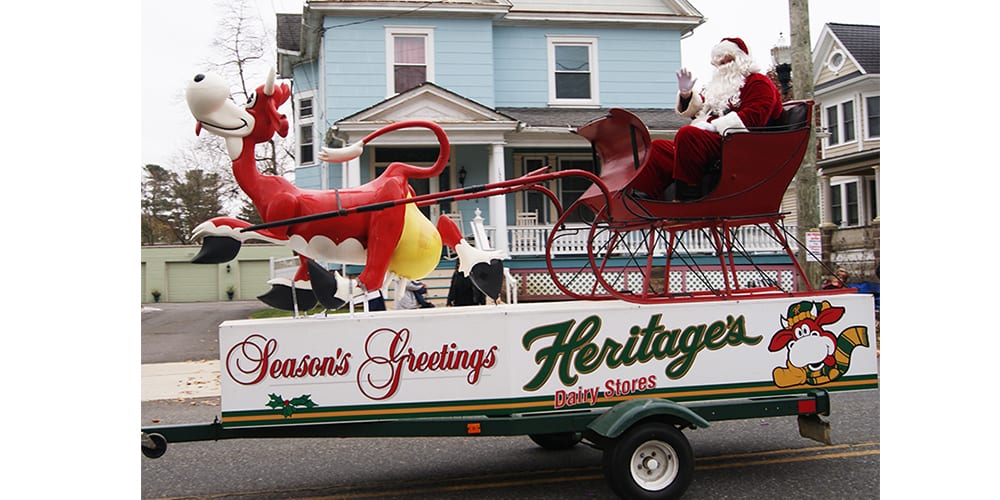 SWEDESBORO — Marge Dombrowski, former Swedesboro & Gloucester County Librarian and Swedesboro native has been announced as the 2019 Swedesboro Christmas Parade Grand Marshall by the Greater Swedesboro Business Association.  The annual parade will take place in Swedesboro on Saturday, Nov. 30 at 1 p.m.

Dombrowski will lead off the annual Christmas event which will include over two dozen cartoon characters walking along the route and the Kingsway High School Band leading in Santa Claus. Santa will then be at the Woolwich Fire House following the parade for “Lunch with Santa”.  This will include hot dogs, gift bags and a meeting with Santa for the children.

This year the parade with feature the 22-time Champion Quaker City String Band, which is also the current reigning Champions.

Twice during her tenure, Dombrowski oversaw two construction and renovation projects at the Swedesboro Library. The first one in 1997, she was able to keep the library operating during construction. During the renovations and construction in 2011, with aide from the borough, she created a satellite library in the Borough Hall.

Dombrowski is married to Paul and has three daughters; Michele Stafford, Teena Minosse and Paula Kull. She is a proud resident of Swedesboro for over 48 years.

Groups, businesses and organizations that would like to participate in the parade should contact Deb Baionno at debbaionno@gmail.com or 856-491-3254.