Jersey corn is the star of Jersey summers 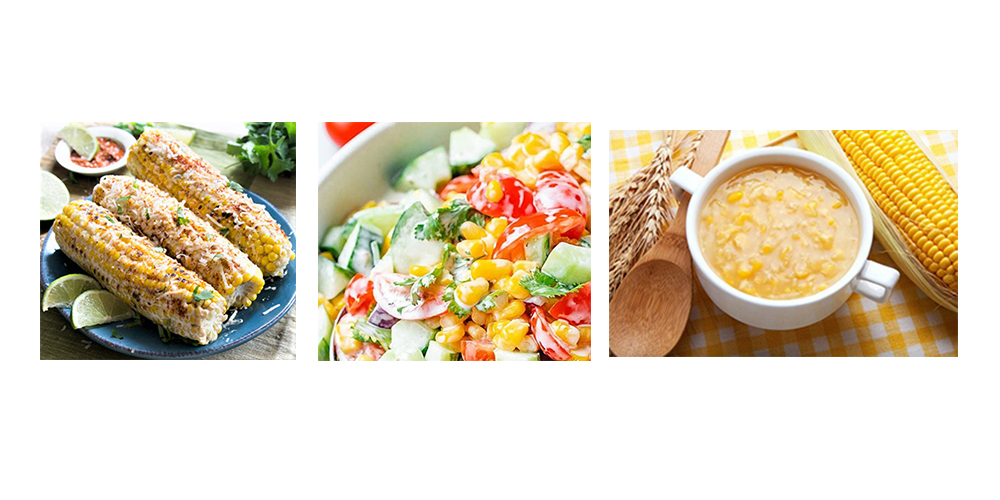 Everyone has a hot-summer-day story and while that story usually involves a beach or swimming pool, it won’t surprise you to learn how frequently mention of Jersey produce takes center stage. We are, after all, the Garden State and here in South Jersey, the garden harvest is succulently tasty.

What might surprise you is the choice of produce most people cite as their favorite indulgence. You’re thinking, “Jersey tomatoes”, right? And yup, the tomato is definitely right up there but so is Jersey corn, be it yellow, white or the indescribable bicolored sugar corn. Whole meals are centered around fresh corn on the cob, even if the corn comes off the cob to make the meal sparkle.

Here are a few out-of-the-ordinary recipes to add to your corn repertoire, and therefore, to your next Jersey summer tall tale. Enjoy.

A bit of fiery chile enhances the corn’s sweetness

Light a charcoal grill or preheat the oven to 500°. Bring a large pot of water to boiling and place corn carefully in the pot. Cook, covered, until corn is tender, yet crisp, about 3 minutes. Remove corn and drain well on paper towels.

Grill the corn, turning frequently, until well-browned, 10 to 12 minutes. Or, instead, after boiling you can roast the corn on a baking sheet for 10 to 15 minutes at 350 to 400 degrees, turning the ears occasionally. Remove when kernels begin to char.

Meanwhile, mix mayonnaise with the crème fraîche or sour cream in a small bowl. Place corn holders at each end of the ear of corn, or press a bamboo skewer through the center of each ear. Generously brush the mayonnaise mixture all over the ears and sprinkle with the cheese and chile powder. Serve right away, with lime wedges.  Serves six, or up to 12 if corn cob split in two before cooking.

Delightful for lunch or supper side on a hot summer day.

In a separate bowl whisk together Greek yogurt, mayo, salt, pepper, and Italian seasoning. Gently stir into the corn mixture. Toss to combine the ingredients and to coat them with the sauce. Refrigerate, covered, until ready to serve.

Deliciously perfect as an appetizer or main dish

6 scallions, thinly sliced, use both green and white parts

Using a large sauté pan, combine half of the olive oil and scallions with a generous pinch of salt and a quarter of a cup of water. Cook over medium low heat, stirring once or twice, until they become translucent and tender, about 3-5 minutes.

Remove the kernels from the corn by holding an ear of corn upright and, being careful, using a sharp knife to shave off the kernels in rows from the cob. Cut close enough to the core so the kernels remain mostly whole. Do not shave so closely that you take fibrous pieces of the cob with you. Place the kernels in a bowl and reserve the cobs.

Using the sauté pan with the cooked scallions, place the remaining olive oil and add all of the corn kernels. Season with salt and stir in the brown sugar plus a generous pinch of black pepper. Cook over medium heat until the corn becomes tender, 8-10 minutes.

Pour the flavored liquid over the cooked corn. Transfer corn to a larger pan, if needed.  Add the Worcestershire and Tabasco sauces and simmer 3-5 minutes on low heat. Taste for seasoning and adjust as needed.

Puree half of the liquid and corn in the blender until smooth and pour back into the rest of the soup. Refrigerate until fully cold, at least 4 hours and up to 24 hours. Before serving, whisk to blend so some of the remaining corn lands in each bowl as you serve the soup. Makes 6 to 8-plus servings, depending on bowl size.