How to Get the Freshest Produce While Supporting South Jersey Agriculture 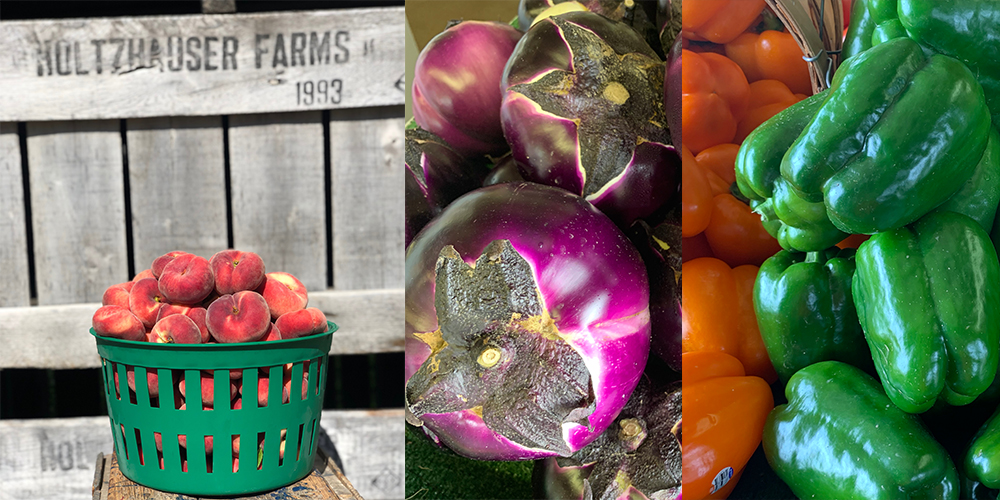 We are fortunate to live in an area surrounded by produce farms, and few places in the country can boast the large variety of superb quality and variety available in South Jersey.

According to the U.S. Department of Agriculture’s National Agricultural Statistics Service (NASS), fresh fruits and vegetables represented over 30 percent of New Jersey’s agricultural products in 2020. This includes over 100 varieties of different fruits and vegetables, including our famous blueberries, tomatoes and asparagus; and equally superior peaches, cranberries, peppers, sweet corn, strawberries, sweet potatoes and yams, eggplant, squash, cucumber, melons, spinach and broccoli. The list continues to include almost anything you can think of that can be grown in a temperate climate.

The nickname “The Garden State” truly does portray this part of New Jersey, and eating our state produce can keep you fed with a variety of healthy produce all spring, summer, and into the fall.

To ensure you are supporting garden state farmers, and in turn, the local economy, it is best to buy directly from the farms.

Grasso Farms, headquartered on Wolfert Station Road in Mullica Hill, includes a full-service retail market that serves the local community, as well as visitors from afar who wish to sample the bounty of the area.

As well as the main farm, Grasso Farms is comprised of several properties in the Mullica Hill area totaling several hundred aces, and in 2013, the family expanded by purchasing a preserved farm in West Deptford, which now also features a second retail market.

Mary Lynn Shiles manages the Mullica Hill retail market and also handles all of the administrative paperwork for the farm itself, which was established as Grasso Farms in 1953 when Mary’s grandparents bought the farm.

The Grasso Girls Market offers a large variety of Jersey produce, much of what they grow right there in the fields around the market.

“We grow many things in season. Asparagus and strawberries in the spring. Then we continue with zucchini, yellow squash, peppers, cucumbers, cherries, peaches, tomatoes, eggplant, butternut squash, and pumpkins,” Mary detailed.

“One of our main wholesale crops are bell peppers. Depending on the size and shape of the peppers, our peppers can be found in Walmart, Trader Joe’s and Chipotle [restaurant],” she added.

Mary’s daughter Erica Shiles manages the West Deptford retail market and also handles the social media marketing for the farm. She explained that purchasing local is the best option, since the buyer not only has the satisfaction of knowing where the produce is grown, but can have confidence that the local farmers are providing the best produce possible.

“By buying local produce, there are less chemicals and tampering with the product itself, therefore increasing the quality. You can be certain that there is love and care in the process of growing local produce,” she began.

“Also, you can be sure that you are supporting small businesses, your neighbors, and helping your community thrive by buying local produce. As we’ve seen through an unprecedented time during the COVID-19 pandemic, it is crucial to support small businesses in order to keep our community roots thriving and growing,” she added.

In addition to produce, many area farmer’s markets, including Grasso Girls, began providing additional items during the pandemic so customers could shop outdoors and avoid crowded supermarkets.

“We have a large elderly customer base and they felt very safe coming into our store since it was open air and clean. We carry Cream-O-Land dairy products (based in New Jersey) because we feel they have good quality milk and a large variety of other products like butter, sour cream and the best whipped cream I’ve ever had,” Erica elaborated.

“We love that we are able to provide USDA-certified local meat from a local family farm that is passionate about their animals and their land,” Erica said.

Tom Holtzhauser of Holtzhauser Farms at 74 Woodland Avenue is another Mullica Hill farmer offering retail produce to the community. The farm has been growing peaches since 1897, and is currently owned by Tom’s 93-year-old mother Teresa.

Fifty-eight-year-old Tom, who has been managing the farm since 1991, reported that while only 30 to 35 percent of his business is currently retail, he is hoping to increase the retail share to 50 percent.

Holtzhauser explained that while the wholesale market is an important part of his business, he wants to grow the retail proportion for several reasons. “Hand-to-hand retail sales are best for the product because it does not sit in a warehouse degrading, waiting on a palette to be ordered. Peaches are also delicate and easily bruised in transport and by being handled,” he began.

“Retail is here to your house. There’s no middle man. No loading and unloading,” he added.

“We did not do retail for a long time, but retail people give you the best feedback, so then I can put the good product onto the wholesale market, and I want to put a good product out there. You get no feedback when you sell only wholesale,” he added.

The farm is home to 144 acres of roughly 9,000 peach trees. Thirty-six varieties of peaches, each with their own distinct flavor, color, size, and smell, are characterized by intriguing names like Glenglo, August Rose, Redhaven, Desiree, Flamin’ Fury, TangO and Galaxy.

“I began experimenting with different varieties when I was director of the New Jersey Peach Council, and I learned through the years what was good and bad,” Holtzhauser said.

Selling the best quality peaches is Holtzhauser’s steadfast mission, and he has a loyal customer base who support this mission.

“I have over 1,000 regular customers who will show up once every one to two weeks, some coming from an hour away,” he said.

While supermarkets like Acme and ShopRite do sell local produce in-season, it is not generally shipped directly to the stores from the farms, even if the farm is down the street. The parent organization usually purchases items in bulk and stores them in warehouses before shipping individual orders to each store.

Making an informed choice of where you shop and telling your friends and family about farmer’s markets like Grasso Girls and Holtzhauser Farms can have a positive and direct impact on the local economy and the future of farming in your immediate community.

Erica Stiles explained, “Without loyal customers, farm markets would not be able to survive. Many small farms are hidden gems, which is why we have chosen to work with other local farms to spread the word. Taking care of the environment and land around you is also important to keep farming possible in a modernized area.”

Erica also reported that even though farming is becoming less and less popular, established farms with loyal followings can still be successful, as long as people continue to shop small, encourage others to do so, and value quality over quantity.

Tom Holtzhauser agrees that a retail customer base who choose local produce is key.

“The worst problem New Jersey farmers face now, especially peach farmers, is competition from California, South Carolina and Georgia. They can sell at lower prices to move the high volume of fruit. They come into our territory in the northeast, so in New Jersey we are forced to go northwards to New York and New England, sometimes to the south after their season ends,” he began.

“It’s a shame more people in southern New Jersey can’t experience the fruit from New Jersey, but it’s a money game. An awful lot leaves our state, and we are left to deal with California and southern fruit this time of the year,” he added.

“A way to ensure that you get it is to buy retail from the farms,” he concluded.