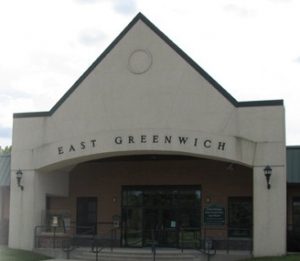 EAST GREENWICH – In continuation of the East Greenwich Township’s Committee budget discussion April 12, the committee announced that for the seventh-straight year there will be no municipal tax increase for East Greenwich residents.

As of 2015, 11 percent of East Greenwich residents’ tax dollars were allocated to municipal tax. Since then, this number has remained stagnant within the township as other municipals in Gloucester County have seen increases due to inflation and rising costs during the COVID-19 pandemic.

This information was released by Mayor Dale Archer following East Greenwich’s budget being audited by the state of New Jersey. “Our 2022 budget was audited this year by the state of New Jersey. This is the third year in a row,” Archer said. “I’m thankful for the audit because it just shows, for justification, that our numbers are accurate and precise. And our budget itself is something to be very proud of.”

The audit also revealed a small amendment was needed in the East Greenwich budget, to relocate a grant the township received to a different location within the budget documents. “I have to laugh,” Archer said. “But if that’s the only problem that we have, that’s the least of our problems.”

The East Greenwich Township Committee was to officially vote on the adoption of this budget at their meeting on Tuesday, April 26.

A resolution for the purchase of goods or services through a state contract under the asphalt paving system was approved unanimously by the committee in order to continue the micro-surfacing program that the township participated in last year.

“We will be doing 20 more roads in East Greenwich this year,” Archer said. “The life expectancy will add another 10 years to our roads. This is at a fraction of the cost instead of repaving the entire road.”

In a unanimous vote, the committee agreed to authorize St. Peter’s Episcopal Church’s application for a raffle and bingo event currently scheduled for June 3 at their location on 304 Kings Highway in Clarksboro.

Living Water Bible Church also saw its application for field usage approved in order to host a soccer camp from July 11 through July 14.

Although the committee meeting was brief, the mayor and committee members emphasized the importance of their tax announcements and the effect it will have on residents.

“The takeaway is seven years in a row without raising taxes,” Archer said. “That’s something to be very proud of. We are, by far, the best in Gloucester County.”