Local Dance Company Captures Major Awards in Back to Back Competitions 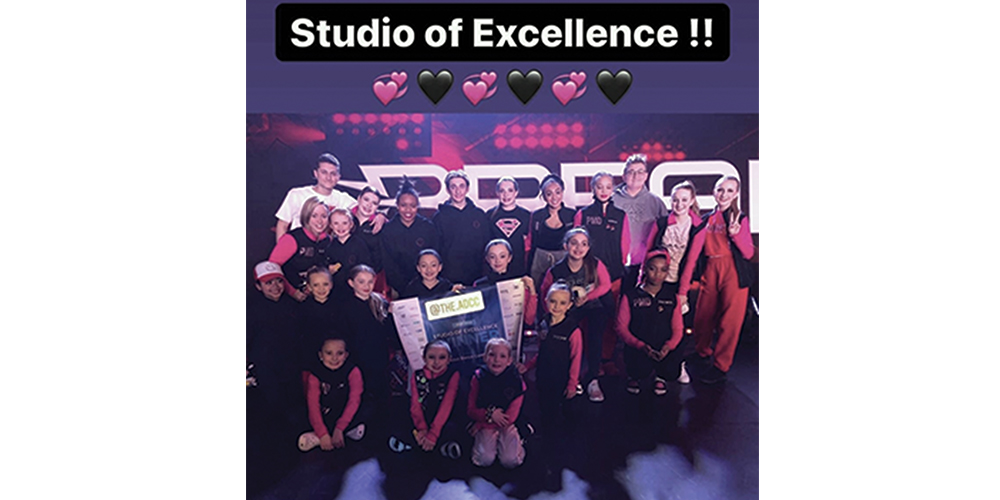 passMORE DANCE studio, of Swedesboro, NJ, was awarded the ADCC Studio of Excellence Award at their first regional competition of the year, Breakout, in Somerset, NJ. This award is given to the studio who exemplifies excellence both on and off the stage.

A week later, at the Beyond the Stars regional in Millstone, NJ, the dancers from the teen small group Stereotypes were honored to win the Stellar Award, given to the highest scoring 13 and over group from the entire weekend.   Dancers in this group are:  Madison Betsill, Owen Boskey, Gia Chinnici, Michael Mallozi, Kathryn Milligan, Kiersten Powell, and Eva Soroka.  Other first overall winners at that event were:

Bleed the Same, a tap duet with Emily Aitken and Olivia Mayer, was 1st Overall 7-9 All Star Duet