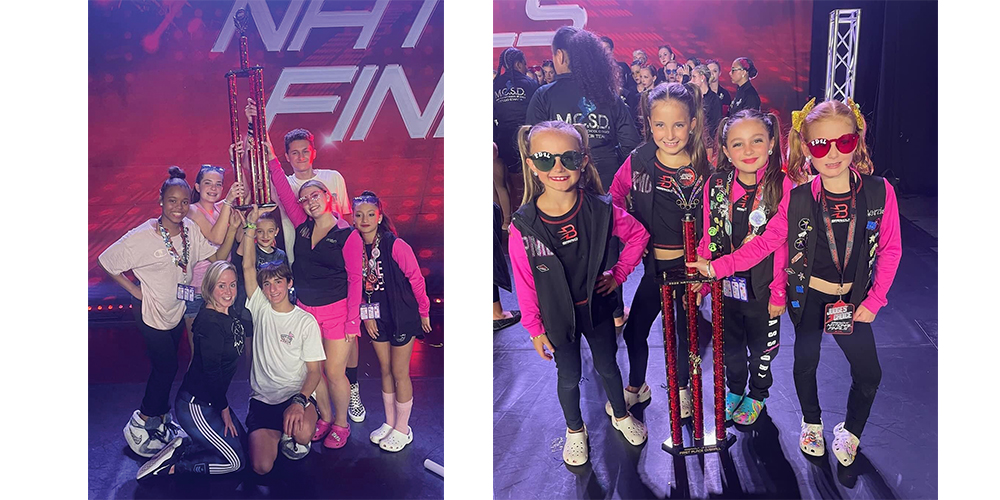 SWEDESBORO — passMORE DANCE had an amazing week at Breakout National Finals in Atlantic City. Everyone did their personal best, and the result was seven national championships and many other overall finishes and special awards.

Michael Mallozzi was First Overall Teen Celebrity Solo (out of 107!) for his tap solo, “Heart Cry.”  He also was the second runner-up for Teen Celebrity of the Year.

For his hip hop solo, “Fresh Prince of Belair,” he won the Grounded Groove Award.  For his jazz solo, “Hustler,” he was first in the category.

Sofia Garufi was Fourth Overall Petite Celebrity Solo, also receiving the Taptastic Award, and the Solo Standout Award for Showmanship for her solo, “Problem.” Owen Boskey was first in the hip hop category, and won the Made for the Stage Award for his solo,”100 Miles and Running.”

Jillian Olsen placed sixth overall for her solo, “My Shot,” in the Up and Coming Junior Solo division. Tyler Boskey won the Rocking Rhythms Award with his solo, “Whatever it Takes.” Willow Davis scored second overall in the Junior Beginner Solo division for her solo, “Sweet Dreams.”  She also won the Grounded Grooves Award.

The groups brought home three more national titles. “Beyonce’s Backup,” with Mackenzie Beebe, Harper and Kylie Holloway, and Sofia Garufi, was first in the 6 and Under Up and Coming Small Group division.  They also won the Sweet and Sassy Award. “Beggin’” won the Rhythm Stars Award and was eighth overall in the Teen Up and Coming division and won fifth in the Top Tier Challenge.

“Britney” was tenth overall in the Junior Small Groups, won the Made for the Stage Award, and were invited to the Celebrity Challenge.  Dancers in “Britney,” were:  Emily Aitken, Sofia Araujo, Gia Chinnici, Olivia Mayer, Arianna Morales, and Eva Soroka.