The Landscape is Changing: The Area’s Reported Development Plans 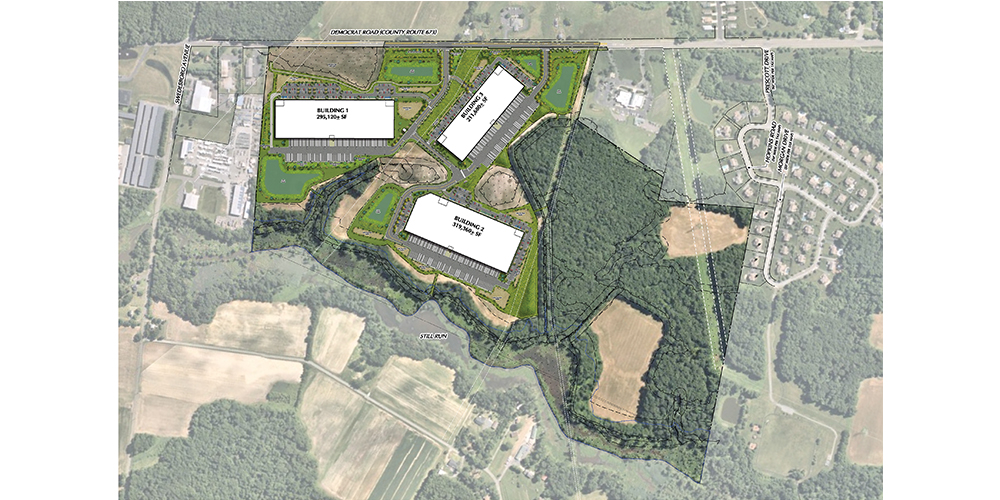 There’s a lot on the horizon for area residents when it comes the commercial and residential development, and updates were provided by Mayor Tom Fromm of Swedesboro, Mayor Craig Frederick of Woolwich Township, and Mayor Dale Archer of East Greenwich Township. Updates and reports were requested from the Mayor of Logan Township but none were provided.

Swedesboro is experiencing a Renaissance of sorts, with the downtown continuing to offer more options for living, dining and shopping.

“The proposed project on the borough property that extends from Kings Highway to Second Street is a mixed use of commercial/retail fronting Kings Highway, and apartments on the remainder of the property. The details of the project are still being negotiated at this time, but we expect to have a decision soon,” said Fromm, also noting that any plan must first be approved by the borough council.

Fromm explained that the borough purchased the property with two goals in mind: as an investment and to have control over what was built there.

“When we entered into this project the town made an investment and our goal was to get what we thought was special for the downtown area. We planned to recoup all the money we invested, and we have done this as well,” Fromm confirmed.

New businesses that recently opened in Swedesboro include the Tesoro Macaron Company on Kings Highway and a second Hens and Honey shop in the Swedes Plaza.

In additional business news, the Swedesboro Planning Board approved a new auto repair shop to be built between Woodstown Road and Kings Highway.

Soon to open on Kings Highway is “Cocks in a Box,” featuring ready-made cocktail mixes.

Fromm reported that new housing is also planned for Swedesboro. “We have a developer looking to do an affordable housing project on the former Del Monte property near Church and Water Streets.”

“The project is in the early stages of review and approval so I cannot really share much about the details at this point in time. But rental apartments have been proposed, approximately 65 to 70 units,” Fromm continued.

“There is another proposed project in the early stages on the property on Woodstown Road across from Swedes Plaza.” Fromm added, “[It] is similar to an earlier project, but there are enough differences in the concept that the developers will need to seek a new approval. The project will consist of townhouses, including some affordable housing units.”

In other Swedesboro news, the library was officially re-named the “Margaret Dombrosky Public Library” in honor of its retired namesake.

Dombrosky was branch manager for over 30 years, and during her reign the library was one of the busiest in Gloucester County. She was known for instituting a technology upgrade to the branch, as well as overseeing an addition that was recently added to the existing building.

In other, less exciting (but equally important) news, a new sewage line/pump station will be built in Swedesboro. “The new pump station will be installed in the general area of the existing sewer plant, actually a little closer to Kings Highway,” said Fromm.

The mayor explained that the borough will be hooking into the future county sewer pipeline, and that preparations are being made for that connection. “In preparation for the new pump station and joining the Gloucester County sewer treatment system, we are currently in the middle of a multi-million-dollar sewer pipe rehabilitation-replacement project throughout the west side of town.”

The mayor further explained that this project is being paid for by bonds secured through the town, and the annual bond payment is in the borough tax rate.

Although it comes with a cost, the project is a necessary, as it will allow the borough to reduce its storm water and/or ground water intrusion into the sewer system, significantly reducing its flow to the county treatment plant.

It’s important for the town to reduce its sewage flow, because once it joins the county line, the borough will be charged by the amount being sent. The new system will also be addressing leaks that were occurring during major storm events.

There are also several projects in progress in neighboring Woolwich Township.

Mayor Craig Frederick provided the status of the newly planned 170-foot water tank tower, to be built on Pancoast Road. The project was approved by the Woolwich Township Joint Land Use Board (JLUB) and the company in charge of the construction will be Aqua New Jersey.

The ShopRite supermarket is actively being built on Center Square and Auburn Roads, and is still on target for an April 2023 opening. Phase two of the construction will include two pad sites (smaller buildings adjacent to the shopping center). Those businesses and other retail discussions for the center are occurring, but are still in the early planning stages.

A continuation of Weatherby residential is being built on Kings Highway near Rainey Road.

A residential home will be built on the east side of the old Beckett golf course property. There have been several inquiries about the west side of the property, but no action has yet been taken.

The mayor reported that the sewer and water pump station across from Kingsway High School that will service along route 322 is still on target to be operational by April of 2023.

Frederick gave an update on other large-scale projects being considered for the Kingsway Landing Redevelopment Plan.

“I meet regularly with Wolfson along with other developers looking to build within the Kingsway Landing Redevelopment Plan. This includes warehouse, retail, and residential. Everyone is actively monitoring the implementation of the sewer and water as well as required road improvements,” Frederick said.

The township is taking advantage of the New Jersey “PILOT” program, an acronym for “Providing for Payments in Lieu of Taxes.” Under a PILOT program, municipalities can allow developers to forego traditional property taxes for a set period of time to encourage them to make improvements to a property.

Instead, developers pay the township an annual PILOT payment. The payment is usually much lower than traditional taxes, but is designed so that the municipality receives more of a benefit than it would from taxes. The program is designed to reduce the developer’s tax burden while increasing the value of the property, and in turn, its value to the community-at-large.

On Oct. 20, The Woolwich Township JLUB reviewed and discussed the Township’s Master Plan Reexamination Report. The report makes zoning change recommendations, including the repeal of the Township’s Transfer of Development Rights (TDR) Program and rezoning designated sending parcels with a residential cluster provision.

“Township officials and professionals have worked diligently on this document, and it is hoped that the recommended changes will be to the benefit of the township’s future and its residents,” said Frederick.

Copies of the presentation, master plan report, and suggested revisions to the zoning map can be accessed online at https://woolwichtwp.org/planning-resources/master-plan-elements-maps/

The mayor also reported that Warrington Mill Dam is still closed for safety reasons, and that an engineering analysis will be performed to assess the overall safety and construction of the dam.

Over in East Greenwich Township, the Planning and Zoning Board recently approved three light industrial warehouses to be located next to the municipal building on Democrat Road. The three warehouses will together total approximately 900,000 square foot.

The property will be owned and operated by Duke Realty Corporation who plans to rent the space.

The warehouses will have their own access road, and construction for this project will begin sometime next year.

“These three warehouses will generate close to $1 million a year in tax revenue in our township. I will remind you that East Greenwich Township has not raised the municipal tax in seven years. Smart economic growth will continue to stabilize and strengthen our township finances,” reported Mayor Dale Archer.

Archer also relayed that the township welcomed a new bakery, “Sugared” in the Berkley Square retail complex on Berkley Road. He said the new small business will complement the restaurant “GrillBillies” and the paint and craft shop “Pinspiration.”

The mayor reported that a parkour gym and a tanning salon are also set to open in the township.

In Logan Township, the zoning board unanimously passed the use variance for the development and use of a Wawa Food Market and Gas Station on Route 322. The variance was required for the gasoline service station use.

The Wawa will be located near the traffic light closest to South Bridgeport Road.

The applicant’s general development plan is for the construction of five warehouse/distribution/light industrial/office space buildings, consisting of a total of 5,170,400 sf of building area on approximately 521.7 acres of land along with related site improvements on a property commonly known as Raccoon Island.

The property will be subdivided into seven lots. The lots are bordered by the Delaware River to the north and west, the Raccoon Creek to the south, and U.S. Route 322 to the east. Site access is provided from Springers Road.